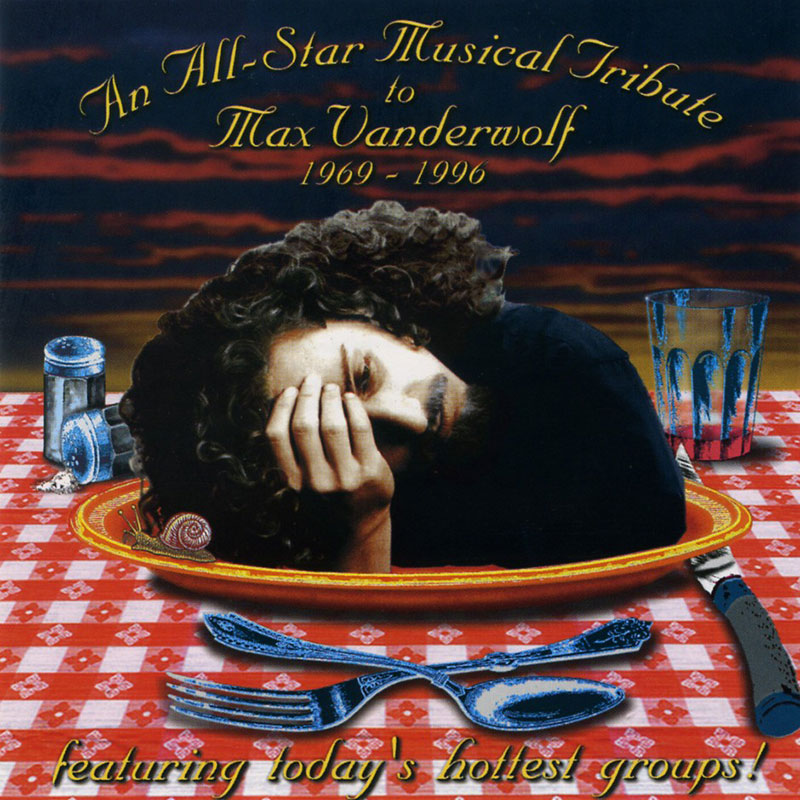 Following a series of bad breaks typical for musicians in the ever-dwindling economic conditions of the music industry, Vanderwolf decided it was time to end it once and for all.

”I decided to kill Max Vanderwolf. Stab the bitch right in the heart– but first, to give him a great send-off: the kind of celebration that only an egomaniacal dreamer, like Vanderwolf could appreciate.”

”An All-Star Musical Tribute to Max Vanderwolf” is a sprawling musical memorial as performed by the musicians Max had once hoped to be. ”All the songs were written once and then re-interpreted in the guise of a notable beloved musician. In some of the songs, it may be clear whose guest appearance I’m conjuring, but most of the tracks are vague amalgams of influences fighting for spotlight.”
But what is mostly evident across these 14-tracks is a boundless creativity as Vanderwolf moves from epic instrumentals to intimate confessionals to blasts of pop, doo-wop, experimental, and art-rock blues.

Another influence looming over this collection of songs is Hal Wilner, the legendary producer (who died of Covid in 2020) and whose tribute albums to Kurt Weil, Charles Mingus and many others shaped Vanderwolf’s musical universe. ”With a guiding principle, Wilner was able to pull together a wildly diverse album that somehow hung together,” Vanderwolf said, ”I came to wonder if you could do the same thing with a more fictionalised approach.”

”An All-Star Musical Tribute” was recorded and produced by Dennis Martin deep in the heart of the East Village, NYC.

Upon completion of the record, Max’s life spun-out into a different direction when he was asked to oversee the programming of NYC’s Knitting Factory- the multi-tiered avant-garde art-space playhouse. ”An All-Star Musical Tribute to Max Vanderwolf” was shelved in favour of another dead-end career pursuit.

If you suffer from musical schizophrenia this is the album for you.