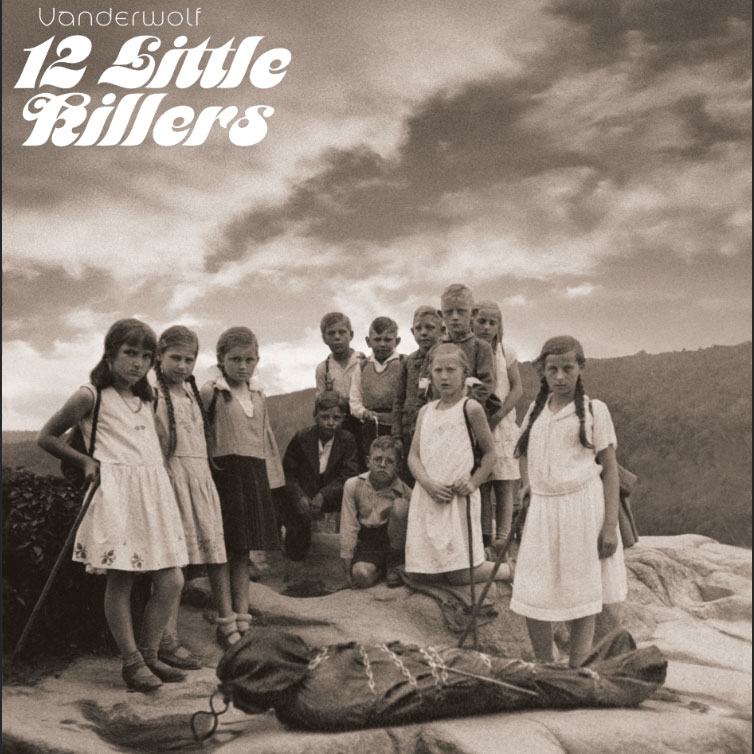 Vanderwolf re-emerges with ‘12 Little Killers’ an eclectic collection that
includes the deliciously oozing slice of psychedelia of the single *Glisten*, which is heavily-slanted toward melting analogue synthesizers (Sam Sallon) and rich layers of acoustic guitars (Chris Cordoba) and an exquisite vocal by Max Vanderwolf.

Recorded by producer Chris Wyles at his south London studio, the 12 songs were selected, mixed and compiled by keyboardist and co-producer Sam Sallon. It’s available in a limited pressing of 500.

Vanderwolf’s music spans a wide-range of genres from global beats to hard blues to fragile balladry to prog-rock monstrosities and beyond. With avast back catalogue of songs to release, Vanderwolf is set to get his wild and restless music out to the world.

Born in NYC, working in London and as of 2020 residing in Los Angeles, Max Vanderwolf has recorded several albums and countless songs. Most of them remain unreleased. Notably, he was vocalist and creative-force behind the semi-legendary London band, Last Man Standing, whose sole album in 2008 received plaudits from many including Mojo and Uncut.

Concurrent to his life in music, Vanderwolf has worked under an assumed name as a music programmer and concert producer in some of the worlds’ most celebrated clubs and venues. He went from overseeing the legendary underground downtown NYC’s Knitting Factory to overseeing London’s Royal Festival Hall, where for 9 years he produced the Meltdown Festival where he worked closely with David Bowie, Patti Smith, Jarvis Cocker, Massive Attack and others. He has produced concerts in Brooklyn, Rome and Paris working closely with John Cale, Sparks and the Residents.